On January 18, 2015, I published a post on Book Riot about things to do with a bookish bent in Stockholm, Sweden, 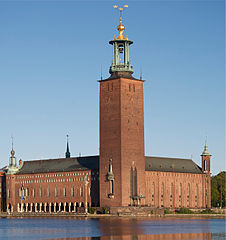 Stockholm is the capital of Sweden and home to a rich literary life rooted in history which, at the same time, looks towards the future. With its one million inhabitants, Stockholm is Sweden’s largest city. The center of the city is located on a group of closely situated islands, and the extensive public transport system makes it easy to get around.

In the words of my friend the Australian, I shall return.