This is the portrait of Catherine Jagiellon, daughter of Sigismund I of Poland-Lithuania, born in 1526 in Kraków, Poland. 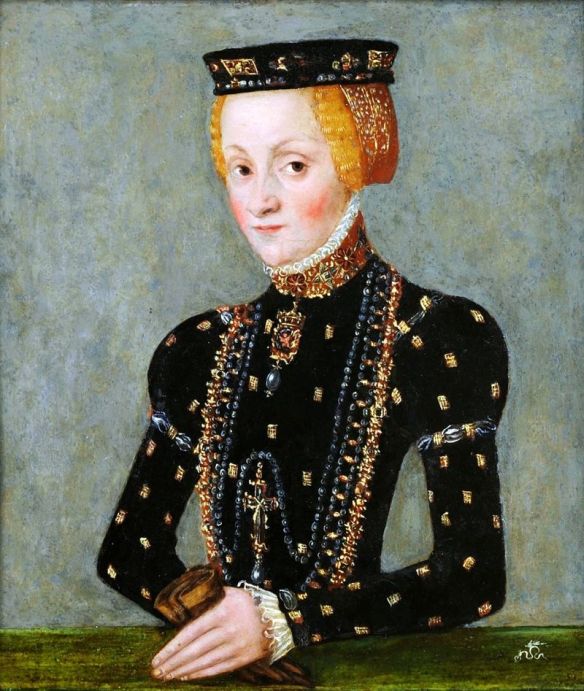 Catherine Jagiellon married Duke Johan of Sweden in 1562. She a Catholic, he a Lutheran, and son of Gustav I Vasa (r. 1523–1560) who brought the Reformation to Sweden. In 1568, Catherine became queen of Sweden after Duke Johan ousted his brother, Erik XIV (r. 1560–1568), and took power for himself as Johan III.

Together, Catherine and Johan had three children–Elisabeth (1564–1566), Sigismund (1566–1632), and Anna (1568–1625). Sigismund became the legitimate Catholic heir to both Sweden and Poland-Lithuania. Needless to say, the complicated situation in the Baltic involving Sweden, Poland-Lithuania, and Muscovy became even more entangled because of this.

In the end, Sigismund was ousted from the Swedish throne by his Protestant uncle, Charles IX (1599/1604–1611). He never gave up his claim as king of Sweden. The schism within the Vasa-Jagiellon dynasty wasn’t solved until the death of Sigismund in 1632, incidentally the same year as his cousin, Gustavus Adolfus (r. 1611–1632).

Catherine Jagiellon died in 1583. She lies buried in Uppsala, Sweden. 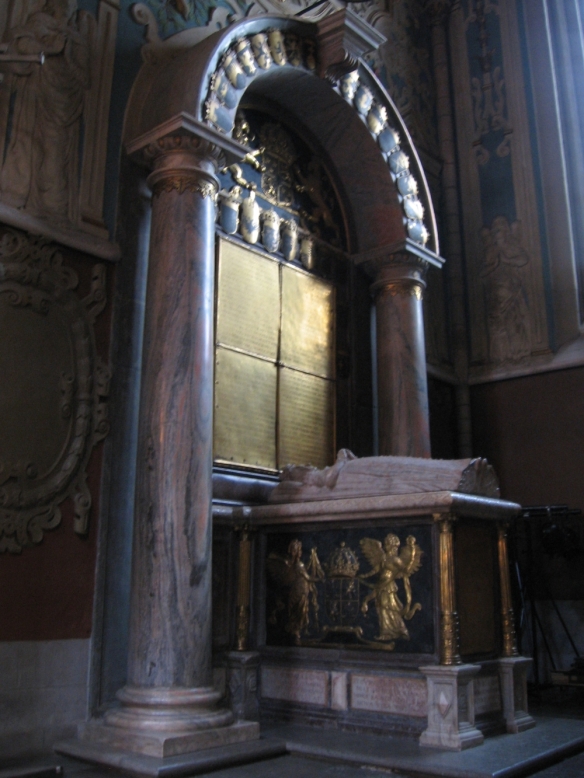